This award, sponsored by the Office of the President, honors an individual who has offered their academic research and expertise in tangible service of a major public sector challenge, at the scale of the community, state, nation or world. The award recipient will have combated such threats in direct response to immediate and pressing issues in cooperation with other stakeholders, both governmental and non-governmental. 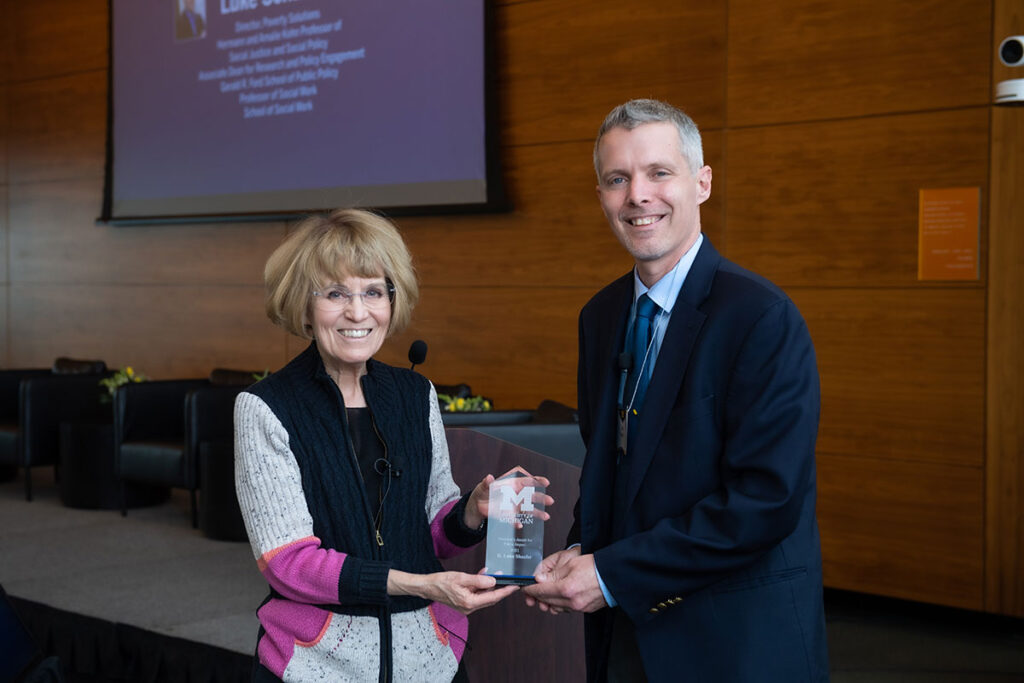 The award is open to tenure/tenure track or an individual research faculty member, among all U-M campuses, schools, colleges and units; a member of other categories of instructional faculty may also be nominated. An individual at all career stages are eligible.

Nominees should be individuals who have carried out the mission of the university by actively addressing significant challenges, for example in the public health, educational, judicial or environmental spheres, and bringing their academic capacity and expertise to bear in combating such threats in cooperation with other stakeholders, both governmental and non-governmental.

The awardees will be recommended to the President by a committee appointed by the President and consisting of members of the faculty and of the Offices of Research and of Government Relations. The same committee will make recommendations for the President’s Award for National and State Leadership.

Inquiries about the award can be made to Kristina Ko at kdko@umich.edu.

Please note:
Use of the web form to submit your nomination is mandatory.
Self-nominations will not be accepted for consideration.
Members of the selection committee are not eligible to receive awards.
Content of nominations may be used for future award promotion.