In keeping with the president’s emphasis on the University of Michigan’s public roles and obligations, and in alignment with our original mission and our ambitions for Michigan’s third century, this award honors an individual who has provided sustained, dedicated and influential leadership and service in major national or state capacities. The recipient will have contributed to the health, resilience and prosperity of our nation, state and society at large, as well as our ability to contribute to a just and equitable global environment beyond what is expected or required of them from their scholarship and/or research. 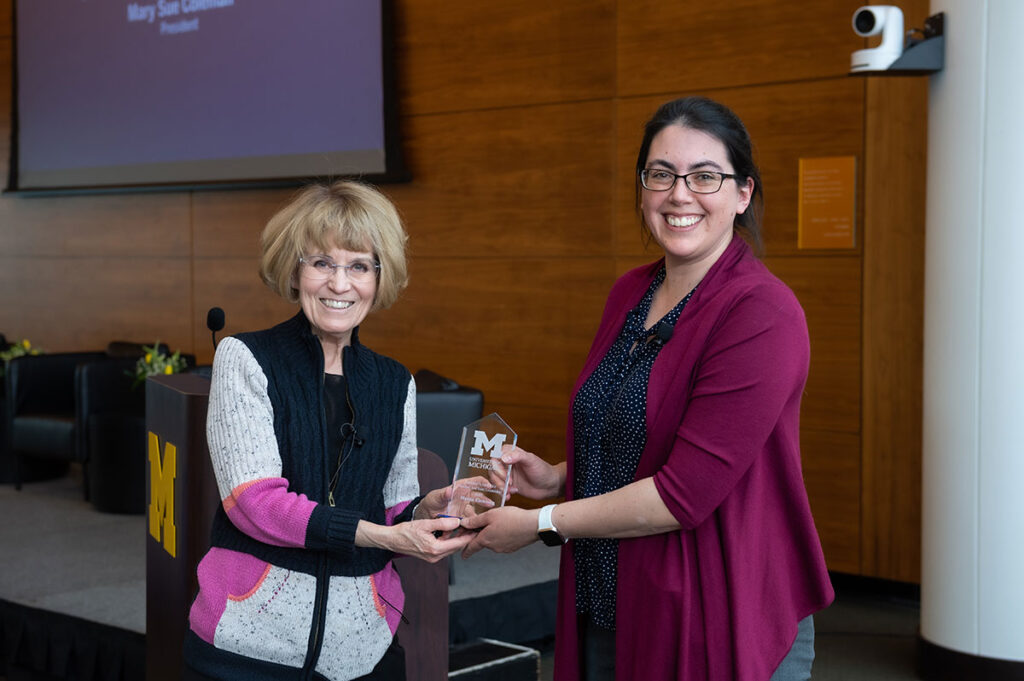 The award is open to tenure/tenure track or an individual research faculty member, among all U-M campuses, schools, colleges and units; a member of other categories of instructional faculty may also be nominated. An individual at all career stages are eligible.

A nominee should be someone who has carried out the mission of the university by providing extensive national or state leadership and service, voluntarily or through an Intergovernmental Personnel Agreement, with proven impacts on society at large.

The nominee should be serving, or have recently served, in one or more of the following ways:

The awardees will be recommended to the President by a committee appointed by the President and consisting of members of the faculty and of the Offices of Research and of Government Relations. The same committee will make recommendations for the President’s Award for Public Impact.

Inquiries about the award can be made to Kristina Ko at kdko@umich.edu.

Please note:
Use of the web form to submit your nomination is mandatory.
Self-nominations will not be accepted for consideration.
Members of the selection committee are not eligible to receive awards.
Content of nominations may be used for future award promotion.