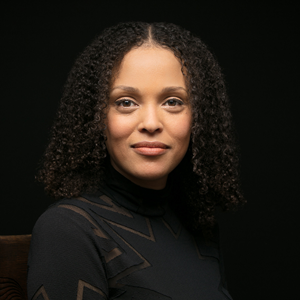 Acclaimed author Jesmyn Ward is known for her lyrical prose and graphic portrayal of the lives of black Americans in rural Mississippi as well as her deep insight into racism, poverty, family, and community. Professor Ward, who grew up in DeLisle, Mississippi, earned B.A. and M.A. degrees from Stanford University and an M.F.A. degree in creative writing (2005) from the University of Michigan, where she won five Hopwood awards. Professor Ward taught creative writing at the University of South Alabama and was the John and Renée Grisham Writer in Residence at the University of Mississippi before joining the Tulane University faculty in 2014. Where the Line Bleeds (2008), her first novel, won the Black Caucus of the American Library Association Honor Award and was an Essence Book Club Selection. Her second novel, Salvage the Bones (2011), about a family’s struggles during the days leading up to, during, and after Hurricane Katrina, was recognized with a National Book Award and the Alex Award. Professor Ward also wrote Men We Reaped, A Memoir (2013), winner of the Heartland Prize, and Sing, Unburied, Sing (2017), and edited The Fire This Time: A New Generation Speaks about Race, essays and poems by contemporary black thinkers. Additionally, she has published in the Oxford American, BOMB Magazine, A Public Space, and Electric Literature. She received the Mildred and Harold Strauss Livings Award for literary excellence from the American Academy of Arts and Letters in 2016 and a MacArthur Fellowship from the John D. and Catherine T. MacArthur Foundation in 2017.

For her multifaceted literary contributions as an award-winning author, editor, public intellectual, and teacher, the University of Michigan presents to Jesmyn Ward its Bicentennial Alumni Award.