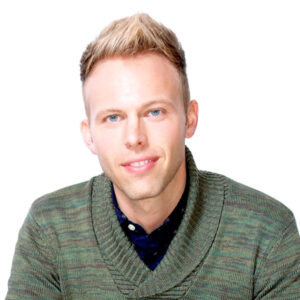 Songwriters Justin Paul and Benj Pasek, who have been compared to the great musical theater writing team of Rodgers and Hammerstein, have garnered numerous accolades, including an Oscar and a Golden Globe for Best Original Song for the La La Land hit “City of Stars.” Mr. Paul, who is from Westport, Connecticut, earned a B.F.A. degree (2006) with high honors in musical theater from the University of Michigan. He and Mr. Pasek returned to Ann Arbor in spring 2007 to participate in commencement. Mr. Paul’s musical path began with singing gospel music at his church. He also trained with the Music Theatre of Connecticut. Mr. Pasek and Mr. Paul, who met at Michigan, started spending time in School of Music, Theatre & Dance practice rooms playing music for fun. Soon they were collaborating, writing new material for film, stage, and television. Their works include Dogfight (2012), which won the Lucille Lortel Award for Best New Musical, A Christmas Story, The Musical (2012), which was nominated for a Tony Award, and James and the Giant Peach (2013). They also wrote the music for the Broadway hit Dear Evan Hansen (2016), which garnered Drama Desk, Obie, and Outer Critics Circle Awards. Pasek and Paul’s television credits include “Smash,” “Sesame Street,” and “Johnny and the Sprites.” The duo currently is working on two live action musicals, The Greatest Showman starring Hugh Jackman, and a retelling of Snow White. Mr. Paul is a member of the Dramatists Guild of America, Inc.

For his artistic contributions as a member of Pasek and Paul and the team’s thrilling, emotive musical compositions, the University of Michigan presents to Justin Paul its Bicentennial Alumni Award.